‘SHIMB, there was a gun firing mishap and the route to our galaxy has been engraved on the rice fields this morning. Would you come check it out before the villagers can find out?’

‘Yes, there was a tear in the galactic pathway and a testing missile fired accidentally.’

‘Excuse me? That’s not possible.’ says SHIMB looking into his watch and rolling his eyes. ‘There’s no signal today. Show me proof, PAXX.’

PAXX, disguised as a farmer scratches his head and stares at him with a mix of hesitation and trepidation.

‘SHIMB…No photos…’ he says holding up his Nokia black and white 1100.

‘Right! Those wretched missile birds! If these errors keep happening, I will never be able to observe how life on earth works, and BLIM will fire me from the job! We should prepare for an early harvest for the human race. Let the others know.’

‘Yes SHIMB…’ he says, as he gets out of the Athangudi tiled front porch without showing his back to his landlord.

A car pulls up in the driveway. PAXX walks past it unaware. He shuts the gate behind him.

‘Appa, Amma!!!!’ shouts Velu. A northeast man in khaki uniform with a name tag that reads HIML, lifts two suitcases from the front porch into a room.

‘Velu! How are you here so early?!’ greets Velu’s mother. She comes forward to hug him. Her bun is draped tight in a thin wet towel. She is dressed in a light pink chikankaari kurta and white hakoba palazzos that flutter in the afternoon air from the fan circling above.

‘What brings you here in the middle of your posting?’ asks Muthu, picking up a magazine and aimlessly flipping through its glossy pages. He places it back on the intricately carved wooden coffee table and looks up.

‘Illa pa. My posting has been cut short due to some issues. I have two weeks here.’

‘Oh. That’s great, Velu!’ says his mother, seated next to his father, her kurta glowing in the light that pours in through the window beside her. She pulls the towel out — her hair falls on her shoulders in wet ringlets. She smiles kindly at Velu.

‘Mina, I will have to leave to the fields around 4:30 today. Would you ask Deepan to get the tractor? Don’t want to drive there in my sedan’

‘Appa, why Deepan? Let me drive you to the fields!’

‘Oh well, why not. Be ready for some ‘back-braking’ work Velu!’ says his father making a gear shifting gesture with his left hand. He winks.

This ‘dad joke’ hits an old soft spot from his childhood, and Velu smiles — equal parts disgusted and amused. He wonders if his dad understood and knew the full meaning of what he meant to convey.

‘Appa… these are crop circles! Looks like some alien activity…’ says Velu, swiping through the pictures on his iPad, his brow furrowed.

‘What nonsense. Crop circles are man-made. Also, they happen only in the US Velu! Enough with your scientist nonsense. These are birds ruining my business. I will have to cut their pays.’

‘Science is not nonsense. This is not going to change your harvest or yield. Yes, you will lose a few tonnes, but so what? You cannot cut the farmers’ wages for no fault of theirs. There has definitely been some alien related stuff going on here…’

‘Hey, hey, hey… what is all this alien nonsense… Don’t you dare fuck me up. Isn’t it already time to leave to the hospital, Velu?’ says Muthu adjusting his spectacles and shifting uncomfortably in his seat.

‘You’re an expert deflector, aren’t you? You change topics with ease!’

‘Velu and Velu’s father Muthu, would you be so kind as to get dressed to go to the hospital? I’ve already spoken to Nancy. She said she’d be happy to show us around. They have a team for this, because lots of grown-ups come back to see where they were born! Isn’t that amazing!?’

‘So what, you fucking misogynist. As if you never speak more than four sentences at once. The next time you open your mouth, I’m going to stuff a wet sock in it. Now get ready and scoot!’ she orders. She turns around and walks out of the room. Muthu shrugs. Velu tries to make sense of the situation, wondering how his parents suddenly seem to have no qualms in using the F-word.

His mother has always had a sharp tongue and little tolerance for any form of disrespect, but this was unbearable. He decided to reorient himself to his current surroundings.

Nancy, an unusually tall, old woman of 55 greets them at the reception. She has nude lipstick on her lips, wears a white doctor’s coat, and adjusts the bun on her jet-black hair. She holds a file in her hand and a pen in her coat pocket. Velu notices that she’s white too, but speaks perfect Marathi and English.

They greet each other, and Nancy continues to speak in English, beginning from the 200 year old banyan tree at the entrance of the building, to the winding emergency stairs built in the 1800s, the birth and death lists, the Bollywood personalities who were born here, to scientists who work for ISRO now.

They go around the long white halls of the hospital, watching babies sleep peacefully with tubes and tiny valves in their barely-there nostrils, sweaty mothers wheeled in white stretchers with blue cloths, and tired parents with wailing babies and screechy three-year olds running helter-skelter in the paediatric section. The hospital reeks of disinfectant and the delivery ward smells of baby poop.

‘Any questions?’ asks Nancy at the end of their tour.

The three of them, evidently bored and collectively relieved, nod their heads and mumble ‘no’.

They return to the reception. There’s pin-drop silence, and a gunman — prancing about with a gun slung on his right shoulder. Parents, nurses, doctors, and cleaning staff raise their arms above their heads and kneel on the floor. A girl in orange frock urinates — the yellow urine contrasting the white flooring.

Velu looks at the gunman. He is wearing pink boots with the letters PAXX engraved on them, embellished with rubies, shining in the dim white light of the reception. He notices something else. PAXX is holding a tray full of files from the 90s. PAXX is a carbon copy of himself, except for his clothing. Velu turns his gaze to his own right shoulder — a leather satchel hangs on it.

‘Ah, SHIMB!!! GLAYON!!! The Arctic sides of the galaxy are now fixed. No more firing errors!!!’ he says, holding up an alien blaster pistol high up in the air.

Velu looks terrified. Nancy throws her pen and files at PAXX, but PAXX doesn’t notice. He walks past everyone, steps on the urine and moves forward to greet SHIMB and GALYON — Velu’s parents.

Velu looks at his parents — they freeze in position and fade into thin air.

PAXX presses a button on his jugular vein and blows himself up into vaporised particles of water.

Photo by Atharva Tulsi on Unsplash

Prompt: You thought it would be fun to visit the hospital where you were born 21 years ago, so you ask your parents to take you there. While looking around there, you notice a gunman in the admin section looking at old files. You notice that he looks exactly like you. Your parents quickly run away. 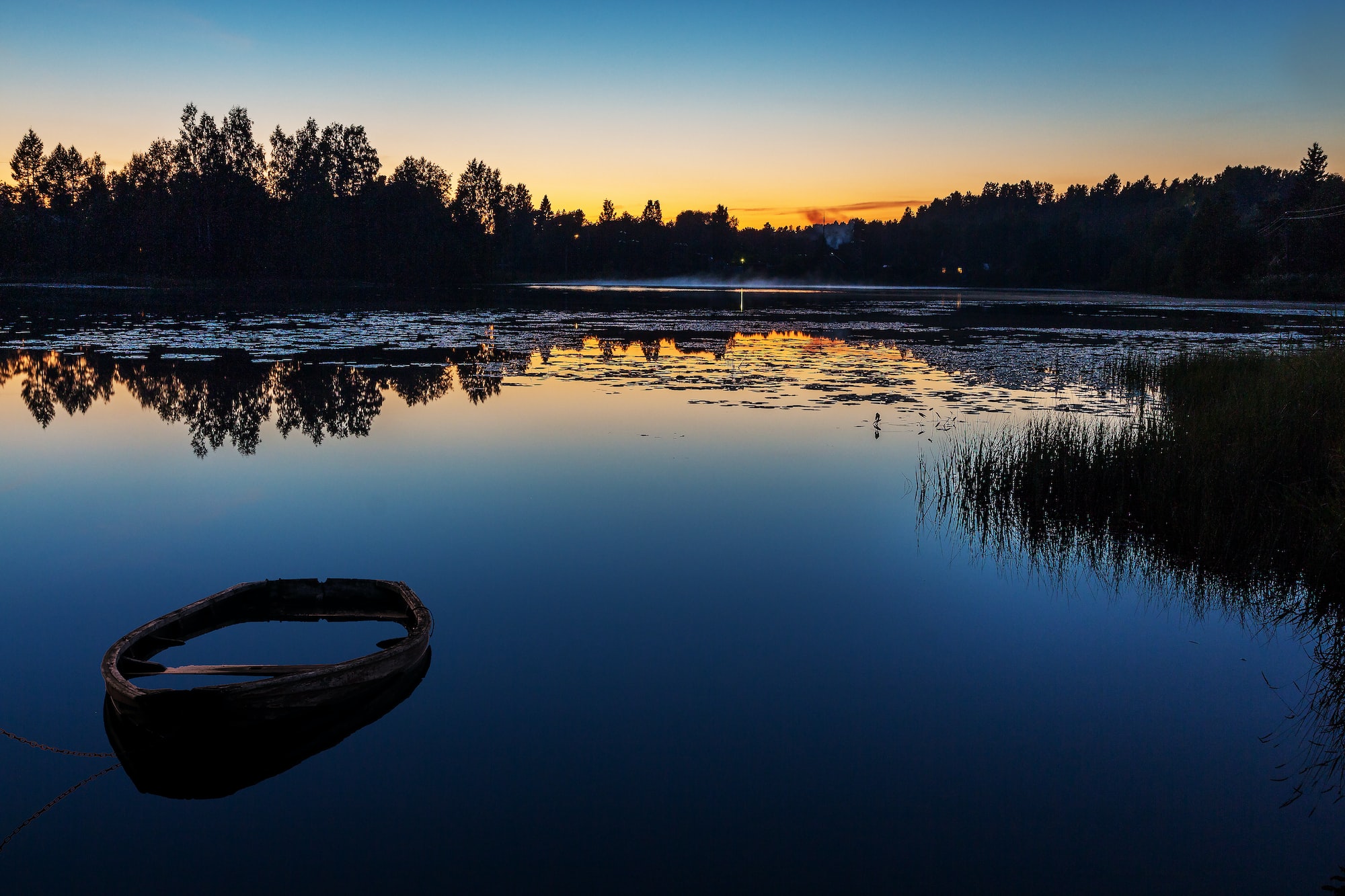 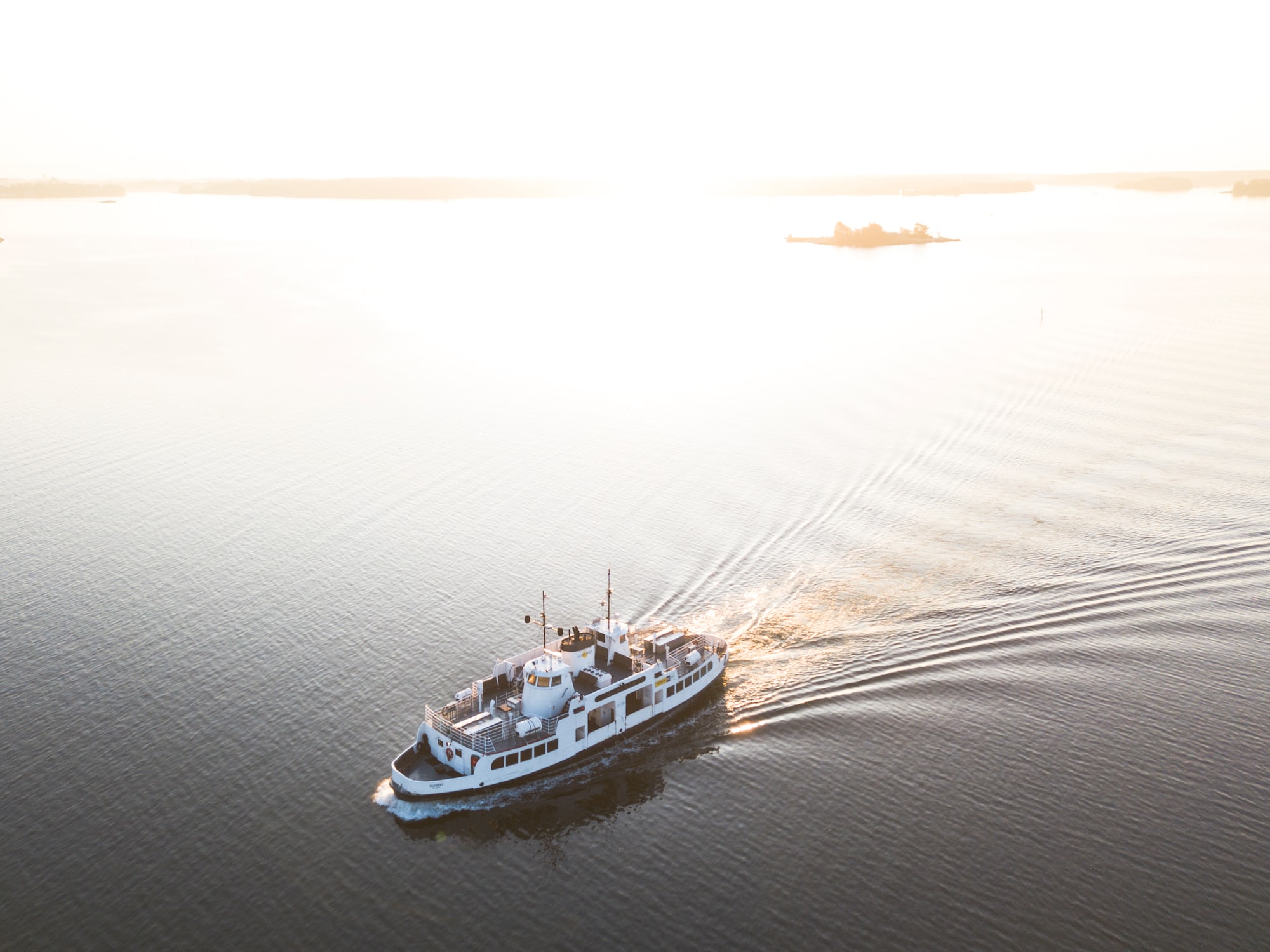 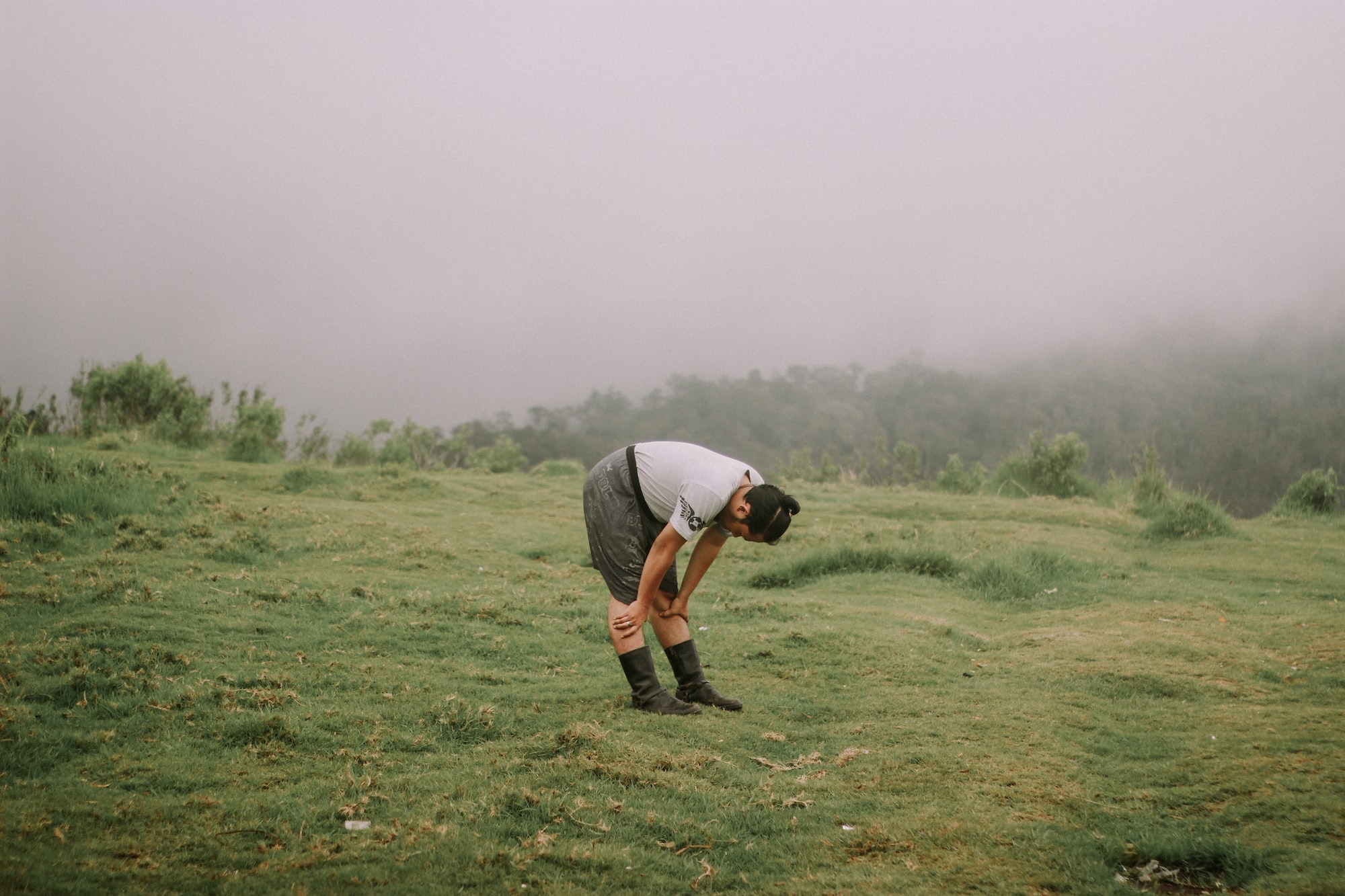 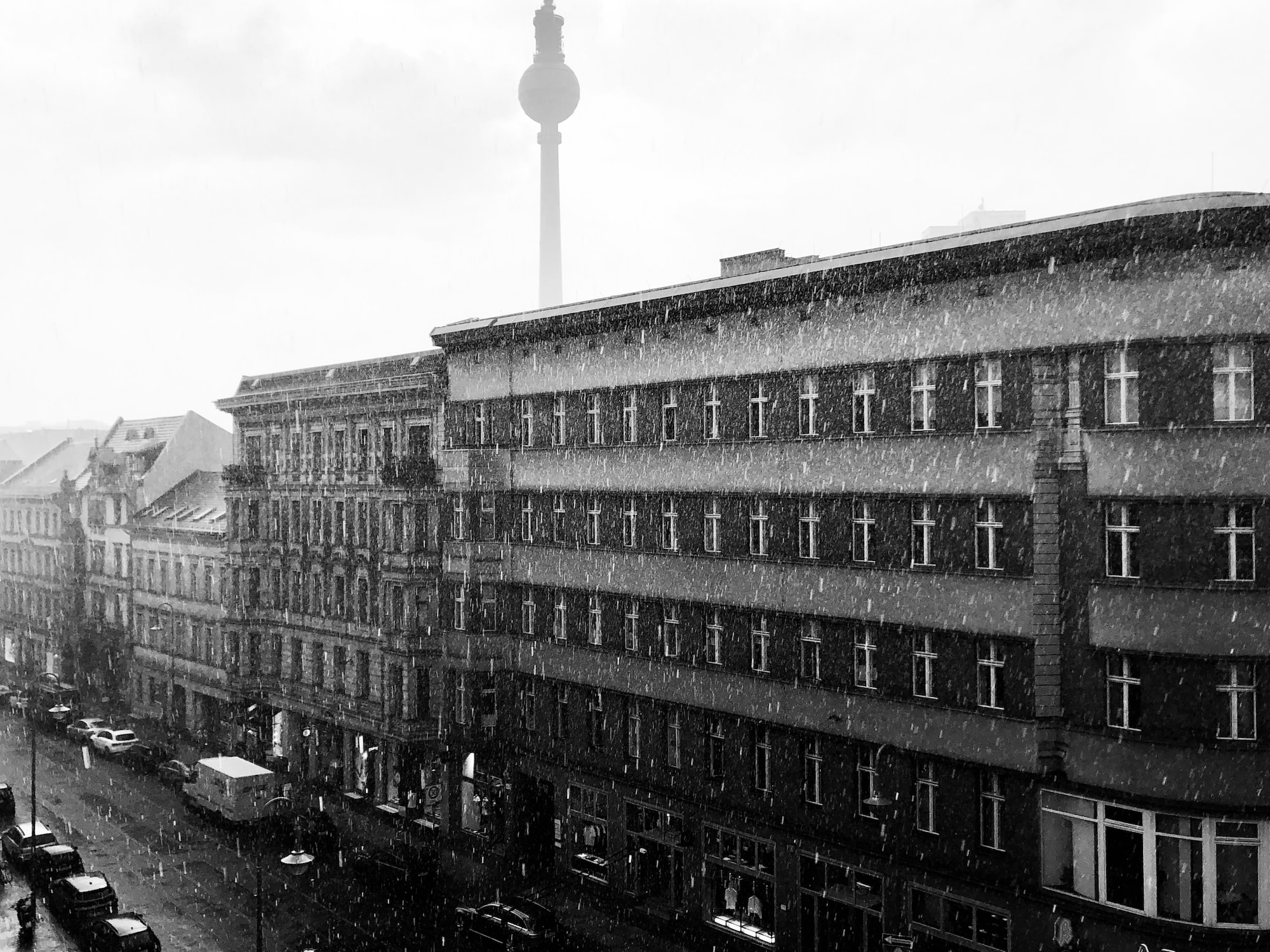 Arrival in the city